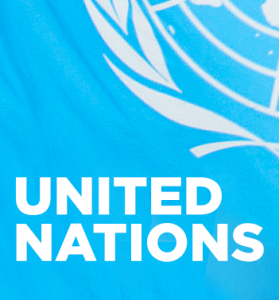 Re: Russian Ambassador’s Proposal to Abolish the Office of High Representative in BiH

On May 12, 2015, the United Nations Security Council is set to hold a debate on Bosnia and Herzegovina (BiH) and on behalf of approximately 250,000 Bosnian Americans and 50,000 Bosnian Canadians, we are writing to express our grave concerns regarding Russian Ambassador Vitaly Churkin’s intent to propose the abolishment of the Office of the High Representative in Bosnia and Herzegovina (OHR) – an international institution responsible for overseeing implementation of civilian aspects of the Dayton Peace Agreement (DPA) that ended the war in BiH and currently serves as the country’s constitution. The position of High Representative was created under the DPA, and given the ongoing violations of the DPA the OHR’s authority is still very much needed in BiH.

This year marks twenty years since the genocide ended in BiH, and while the country has made significant progress in the midst of insurmountable challenges, it is still far from its desired goal of full Euro-Atlantic integration. On May 11, 2015, in his thirteenth report to the UN Secretary-General, Ambassador Valentin Inzko, High Representative for BiH cited that BiH has made limited progress and has been on a downward trajectory since 2006, notably highlighting the continuing challenges to BiH’s sovereignty and territorial integrity. In addition to our concern regarding BiH’s smaller entity Republika Srpska’s (RS) announcement for secession by 2018, also echoed in Ambassador Inzko’s report was the concern regarding the declaration adopted by the RS National Assembly on April 17, 2015, related to the RS Law on Holidays – a clear rejection of the authority of the BiH Constitutional Court, as set forth in Annex 4 to the DPA.

Earlier this year, the National Assembly of Republika Srpska passed a law on Public Peace and Order – a move heavily criticized by the international community. Article 7 and 8 of the law criminalize social media postings, which are vaguely described as disturbing the public order, displaying symbols, and engaging in rude or insolent behavior among other things. This law, which limits the freedom of speech, has so far only been applied to Bosniaks who have voiced their concerns in opposition of the RS political leadership. The law however has ignored the open denial of genocide, or statements by Bosnian Serbs who hold public rallies and promote fascism and exterminations of all non-Serbs within BiH and the region.

The non-Serb citizens within BiH’s smaller entity are afraid to speak freely or practice their faith without fear of being arrested or interrogated as many are targeted on the basis of their ethnic background and arrested without explanation. The ban of International Human Rights Day in the RS has been called “unacceptable” by organizations such as Amnesty International.

These actions by the RS institutions are clear violations of the Annex VII of the DPA, which guarantees that all refugees and displaced persons have a right to freely return to their home of origin. By employing fear and intimidation tactics, the RS has stopped the majority of displaced persons who were ethnically cleansed to return to their pre-war place of residence. Approximately 5,000 acres of RS’s land is not being used for agricultural purposes due to the fact that the RS entity ethnically cleansed the majority of its non-Serb population and now there is no one to utilize these resources. In addition, the RS has spent over 1.6 million convertible marks of taxpayer money in promoting the denial of genocide, which has also aided in discouraging survivors to come back.

With the ongoing crisis in Ukraine and the unsettling developments in Macedonia, the ongoing attacks on BiH’s sovereignty and territorial integrity call for greater U.S. engagement; abolishing the office of the High Representative would not be a sensible choice. The Bosnian American community is grateful to the United States for its longstanding friendship and support and we ask you to stand with the people of BiH who are working to preserve a BiH that is united, multi-ethnic, democratic and a member of the EU and NATO.

As former U.S. Secretary of State and UN Ambassador Madeleine Albright stated, the U.S. is an “indispensable nation” and in that sentiment, we believe that by upholding the office of the OHR, we are protecting our vital U.S. national interests within BiH and the region while ensuring that BiH’s territorial integrity is safeguarded against destabilizing forces. Please stand with us in pushing for meaningful democratic reforms for the benefit of all citizens of BiH and in strengthening and not abolishing the office of the OHR.