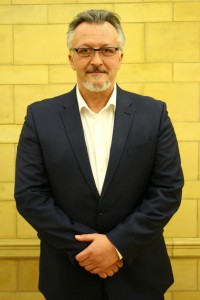 The Crime, the Time, and the Politics of ICTY Justice
Dr. Srdja Pavlovic teaches Modern Balkan and European history at the University of Alberta. He is also the research associate with the Wirth Institute for Austrian and Central European Studies (University of Alberta) and a member of the team of experts with the Institute for the Research of Genocide – Canada (ICG). Dr. Pavlovic is currently completing the work on the collection of article entitled It Could Have Been Spring: Case Studies of Direct Democracy and Active Citizenship (to appear in print in 2017).

“The outcome of these trials notwithstanding, the legacy of the ICTY is an important one indeed. Its most significant achievement is amassing an archive of documents illustrating atavistic passion of nationalism in the SFR Yugoslavia and the immense suffering it caused. One hopes that the evidence collected might at least give pose to some retired Canadian officers, high-ranking peacekeepers, and war correspondents turned Balkan experts, who have been denying Srebrenica genocide and relativizing the criminal nature of Radovan Karadzic’s and Vojislav Seselj’s politics and ideology”.

More: 1. The Crime, the Time, and the Politics of ICTY Justice