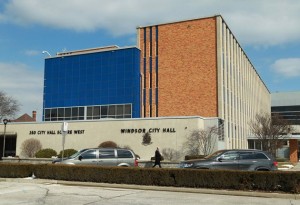 Mayor of the city of Windsor issued Srebrenica Genocide proclamation

Mayor of the city of Windsor Drew Dilkens, issued a proclamation commemorating the Srebrenica Genocide, declaring July 11 2015 as the “Day of Remembrance of The Srebrenica Genocide and July 11-17, 2015, as Bosnia and Herzegovina Tribute Week in the city of Windsor to commemorate the 20th anniversary of Srebrenica genocide. The Congress of North American Bosniaks (CNAB), an umbrella organization representing the interests of American and Canadian Bosniaks, the Institute for Research of Genocide, Canada {IGC} and the Bosnian Community in Windsor welcomed the news of the declaring  of the Proclamation.

Transcript of the Proclamation 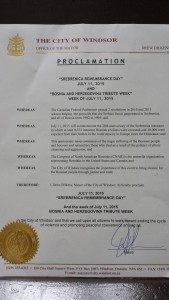