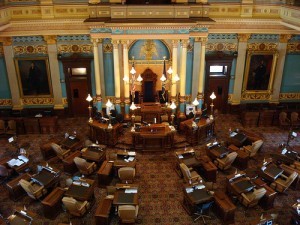 Michigan_state_capitolThe State of Michigan Senators adopted the Senate Resolution SR 78 of 2015 proclaiming July 11, 2015, as Srebrenica Remembrance Day and the week of July 11 as Bosnia and Herzegovina Tribute Week in the state of Michigan. The Congress of North American Bosniaks (CNAB), an umbrella organization representing the interests of American and Canadian Bosniaks welcomes the news of the passing of the Senate Resolution. President of the Congress of North American Bosniaks (CNAB), Mr. Hamdija Čustović’ thanked Michigan legislators for their support to Bosnia and Herzegovina and Bosniak Americans in Michigan. Mr. Čustović added: “This resolution not only honors and remember the victims of genocide, but emboldens us all to strive for a better future for Bosnia and Herzegovina, and all of its citizens.  Only through truth and justice we can achieve lasting reconciliation, peace and stability in the entire region. “

In writing on behalf of Bosniak American families who live in Michigan, Dr. Haris Alibašić, initiator of the annual resolutions in the State and cities of Michigan, stated that “After similar House resolution was adopted last month, the State of Michigan legislators continue to honor the victims of the genocide in Bosnia and Herzegovina and through the Senate resolution remind us of the tragedy of war and the worst atrocity committed in Europe since the Holocaust.”