“Remember because they cannot forget.” 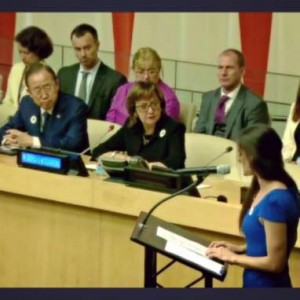 “Remember simply because they cannot forget.”
“Our destiny, for better or worse, is to give a voice to those tens of thousands who have been silenced forever or who are still too traumatized to speak. Each person had a name, a family, a future. The international community continued to compound the failure to protect Srebrenica as promised by designating it as the UN Safe haven undertaking the half-measures, which only led to the genocide. Serb aggressors were afforded equal footing at the negotiating table with their victims and were granted authority over areas they cleansed of the Muslim population. The peace accords legitimized the spoils of genocide for the Serbs. “As we speak, Serbs and their sympathizers are attempting to rewrite the history of this genocide. Their efforts include genocide denial, equalization of blame, and constant calls for secession of ethnically cleansed areas. It does not change the past, and it certainly does not erase memory. Dangers of silence and consequences of hate and indifference allowed genocide to happen in Srebrenica”.
More:Adisada Dudic – UN Srebrenica Speech

← Facts about genocide in B&H
ACTION: Now is the time to tell the truth →