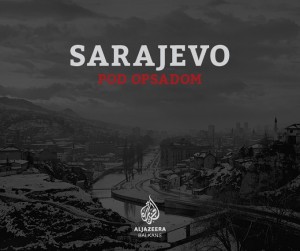 To mark the 20th anniversary of the signing of the Dayton Peace Agreement, Al Jazeera Balkans presents the project “Sarajevo Under Siege”

Do you remember Sarajevo? – Never forget genocide in Sarajevo

On April 5, 1992 the longest military siege of a capital city in modern history began. Fighting ceased on December 14, 1995 when the Dayton Peace Accord was signed in Paris, while the siege was finally lifted on February 29, 1996.

← ACTION: Now is the time to tell the truth
Banned the standard of Judge Meron →