Genocide in Bosnia in the Canadian movie 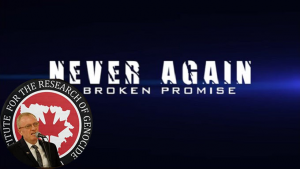