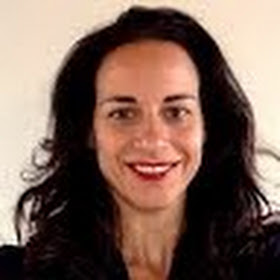 “Take part of the International Expert Team of the Institute for Research of Genocide Canada will be an honour for me and I thank you very much for inviting me to take part in. As a visual artist I try to join art with activism, working in the themes of historic memory and human rights, denouncing within my chances, all those crimes that have harmed and are affecting humanity and International law. I’d be glad, hence, to give my little contribution to your Organisation”. Laura Cazzaniga

Graduated in Painting from the Accademia di Belle Arti di Brera-Milan, under the Arte Povera artist Luciano Fabro. She received her Master of Arts, Architecture and Archaeology from the Università degli Studi di Roma Tre-Rome. She moved to Barcelona and in 2012 she traveled to New York for an internship at the Brooklyn studio of Vito Acconci. Site specific artist, she produces installations, ephemeral interventions and urban actions. Her method is developed from a direct relationship with the places, and their poetic features as well as their historical, social and political contexts. She’s interested in art as activism, working in the themes of historic memory and human rights. She collaborates since 2007 with gruppo Koinè and since 2009 with the multidisciplinary collective Escuela Moderna. She has participated in national and international exhibitions [Triennale di Milano-Milan, MLAC Museum Laboratory of the University La Sapienza-Rome, Arts Santa Monica-Spain, Museum Nacht Delft-Netherlands, etc.].Also, she was invited to participate, in 2008, at the XI Venice Biennial of Architecture, in the Venezuelan Pavilion; in 2009, at the XIV Biennial of Young Artists from Europe and the Mediterranean at Skopje-Macedonia, and in 2011, and in the Italian Pavilion of the 54.th Venice Biennial International Art Exhibition. Recent projects include the site specific intervention in Lampedusa island, “Sciatu Persu. Homage to Malatesta, to the internees, to the escapees’; the itinerant meeting on art and activism PIGS [Portugal-Italy-Spain-Greece]; the project “Desaparecidos. Another Memory: Francois burial sites”; the exhibition “Spaces of exceptions”, during the Architecture Biennale 2016, in the self-managed space of Sale Docks [Venice-Italy].

She currently live in Barcelona-Spain.

Over the last few years, me and my partner Giacomo Nicola Manenti, from the artistic group Koiné, we celebrate on January 27 the International Remembrance Day.

This day it was originally established to remember the Shoah but, over the years, its meaning has expanded to celebrate the value of historical memory for democracy and the rejection of all forms fascism and violence.

In this context, every year, we choose a site to go to do an art intervention, to remember and give visibility to a territory and to a situation relationated with the historic memory and the human rights.

On 2015 we went to Lampedusa, the sicilian island that is now a well-know UE border hotspot, where a lot of migrants died trying to cross the Mediterranean, to seek a new life in Europe. http://www.metalocus.es/en/news/lampedusa-other-memory-cazzaniga-and-manenti.

On 2016 we did another art intervention in Spain, in relation with the francoist burial sites. Very few people know that Spain is the second country with more missing people in the world, after Cambogia. http://www.metalocus.es/en/news/desaparecidos-another-memory-francois-burial-sites.

This years we are very interested to do something in Srebrenica. Because we think that it’s right and just remember this genocide, that is still manipulated, omitted and unpunished. To do that, we believe it is important to involve local associations or persons leading the historic memory of this genocide.

The original idea is to do two installations in the key points of the massacre and we are thinking on the warehouse, the place where would be murdered a lot of people.

We realise that is a very painful object and we would like to treat it with the utmost sensibility for the victims and their families.

The two artistic interventions, once realised, will be documented for give them the widest possible dissemination, and then be disassembled respecting at every stage the place that hosting them.