Support the project of Suzana Vukic 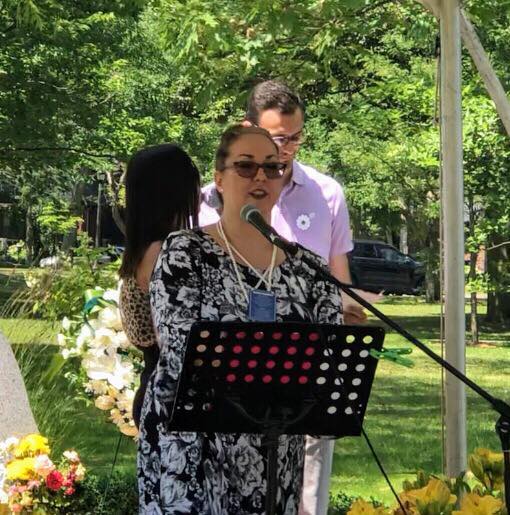 Support the project of Suzana Vukic

This year, it won’t be possible to commemorate the 25th anniversary of the Srebrenica Genocide with large public gatherings, as a result of COVID-19. And so, we thought that this would be a nice way to pay our tribute to Srebrenica for this occasion.

We’re looking for people who would like to participate in this video. We’re asking that people send in short videos of themselves (several seconds long: 7 to 10 seconds would be fine), in which they wear or carry a symbol of Srebrenica (for example, a t-shirt, or the Srebrenica flower, etc.), and to say a few nice words dedicated to Srebrenica (for example, “Never Forget Srebrenica”, or a few words to express what Srebrenica means to you). It would be good to include the word “genocide” in the video.

The video can be in Bosnian, English, French, or in any other language.

If any of you would like to participate, that would be nice. If you know anyone who would like to get involved, please let me know.

At this point in time, we’re not sure what sort of results to expect, but we are hoping that in the end, we’ll create something beautiful.

Because we’re already running behind schedule, it would be good to get videos as quickly as possible (until Thursday evening the latest, or sooner, if possible).

← Law regarding the banning of denial of genocide: “KLUB 100-PLUS” submitted petition by Valentin Inzko with 8,372 signatures
Statement on Srebrenica Memorial Day 2020 →