Canadian Jews and Muslims will gather to remember and honour the victims and survivors of the Srebrenica genocide.

On Sunday, July 12, 2020, at 7:30 pm, Canadian Jews and Muslims will gather to remember and honour the victims and survivors of the Srebrenica genocide.

25 years ago, on July 11, 1995, more than 8,000 predominantly Muslim men and boys were systematically selected for death because of their identity. They were murdered and buried in mass graves in Srebrenica over the next three days. It is considered to be the greatest atrocity committed on European soil since the Holocaust, 75 years ago this year.

50 years after the world said “Never Again” to the horrors of the Holocaust, genocide took place again on European soil.

Join Denis Suljić, researcher of radicalization and political violence, and Leora Schaeffer, Executive Director of Facing History and Ourselves in Canada, as they explore how we can use the lessons from Srebrenica and the Holocaust to build stronger, more resilient communities
Save the date and watch for registration information.

Brought to you by: 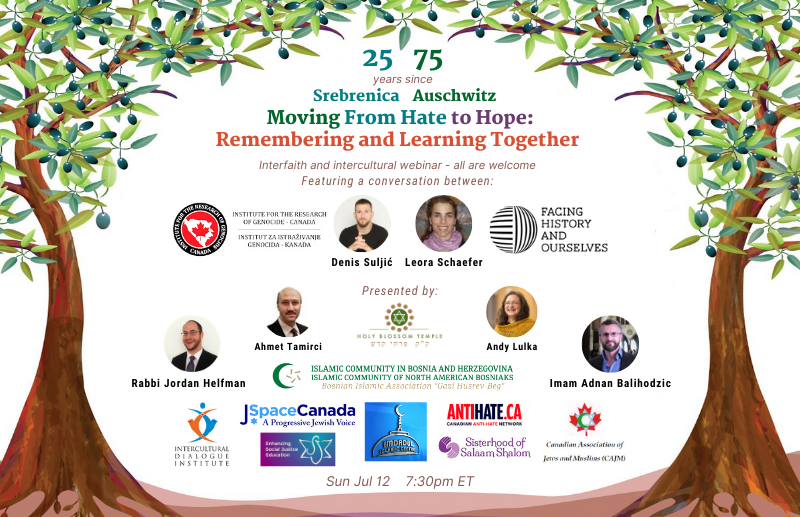 ← IGC: BiH Ambassador to Canada has humiliated both BiH and Canada
An open letter from the IGC to the mayor of Prijedor →