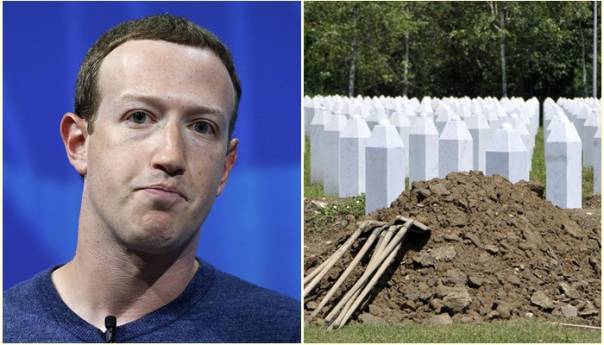 Respecting your battle against dangerous theories of conspiracies and Holocaust denial on behalf of hundreds of thousands of victims of genocide in Srebrenica, we would like you to also consider making another change to the rules on hate speech and ban all content from your FaceBook platform which denies and distorts the truth about the genocide in Srebrenica. We have increasingly witnessed that your FaceBook platform is being used for continuous, organized and systematic denial of the Srebrenica genocide.

In July of 1995, more than 8,372 Bosniaks in Srebrenica, mostly men and boys, were killed in cold-blood by the army and police of the Republika Srpska entity of Bosnia and Herzegovina. The International Court of Justice and the International Criminal Tribunal for the former Yugoslavia have ruled that the Srebrenica massacre was indeed a genocide, which was not limited to men, but included women and children, and the youngest victim was a newborn baby. Due to the above said court verdict more than 50 countries around the world with their parliamentary resolutions have acknowledged the genocide in Srebrenica.

Institute for the Research of Genocide Canada