IGC: The Dayton Constitution has shown us that genocide pays off 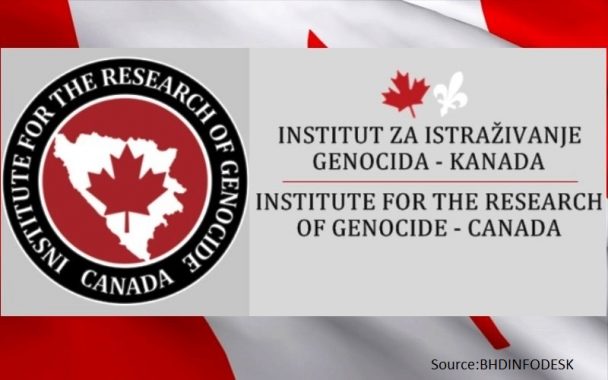 The Institute for Genocide Research Canada (IGC) assessed, on the occasion of the 25th anniversary of the signing of the Dayton Agreement, that this agreement cemented ethnic divisions, and the constitution created in Dayton has made BiH a dysfunctional state.
“The state of BiH does not have the full capacity of statehood and independence, which is a consequence of the unjust Dayton constitution on the basis of which the results of aggression and genocide had been legalized. Today, 25 years later, it is clear that the state of BiH can no longer function as a state,” says the IGC.
The Institute believes that the Dayton constitution is discriminatory because it excludes the acceptance, recognition, respect and tolerance of the other and those who are different. Instead of the freedom of an individual, that is, a citizen, in the entire territory of BiH, they add, we have domination of alienated ethnic and political subjects over, both the citizens and the people.
The state of Bosnia and Herzegovina has lost its sovereignty, its unique statehood and social functioning, and its citizens and peoples have lost the freedom to live in a unified state and a unified social community.
“Without the unified state and social community of Bosnia and Herzegovina, its citizens and peoples cannot preserve and strengthen the tradition, history, culture of Bosnia and Herzegovina,” it s the position of the IGC.
They also point out that the Dayton Constitution has hurt the Bosniak people the most, as they do not have a ‘backup’ homeland and who can only achieve their spiritual, traditional, national, historical, linguistic and cultural significance and existence in a unified Bosnia and Herzegovina, as a state and social community without the legitimized results of aggression and genocide.
“The Dayton Peace Agreement is the only such agreement in the history of international law that has shown that genocide pays off,” stressed the Genocide Research Institute Canada.

← Challenges of changes in Bosnia and Herzegovina
The Mayor of Hamilton, Fred Eisenberger sent a congratulatory message for the Statehood Day of B&H →