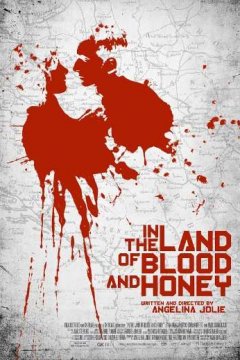 Set against the backdrop of the Bosnian war  of the 1990s, the film “In the Land of Blood and Honey” tells the story of Danijel and Ajla, two Bosnians from different sides of the ethnic conflict in the former Yugoslavia. As described on the film’s website, “Danijel, a Bosnian Serb police officer, and Ajla, a Bosnian Muslim artist, are together before the war, but their relationship is changed as violence engulfs the country. The film portrays the incredible emotional, moral and physical toll that the war takes on individuals as well as the consequences that stem from the lack of political will to intervene in a society stricken with conflict.

The events in the Balkans coincided with the opening of the Museum in April 1993. At the dedication ceremony, Museum Founding Chairman and Holocaust survivor Elie Wiesel delivered a personal plea to then-President Clinton to work to stop the ethnic cleansing in the former Yugoslavia. Perhaps Wiesel saw and understood from his own experiences the danger signs that would lead, within two years, to an internationally recognized case of genocide at Srebrenica

This film will introduce many people to the events of the Balkan wars in the 1990s. It shows in stark terms the human cost of the international community’s colossal failure that allowed widespread atrocities to take place in the heart of Europe–less than 50 years after the world vowed “Never again” in the wake of the Holocaust. We hope it inspires people to learn more about this history, to recognize that genocide remains a threat today, and to join the Institute’s genocide prevention efforts.

← Genocide in Srebrenica, The Movie
IGC continues fight for truth →