Do not Forget – Genocide in Sarajevo 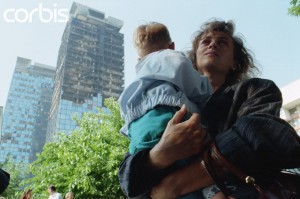 Mother and a child hild near bombed-out building in the besieged Sarajevo. (David Turnley, 1992)

Do not Forget – Genocide in Sarajevo

The available and clear evidence confirm the subjective (mental) element of genocide – intent (mens rea) to commit genocide against Bosniacs in Sarajevo and the Republic of Bosnia and Herzegovina. To that end, we remind of the evidence relative to genocidal intention of the Serb leadership to establish a single Serb state, publicly presented by the highest officials who directly worked on this joint criminal enterprise of genocidal character. The Siege of Sarajevo was the longest siege of a capital city in the history of modern warfare. Serb forces of the Republika Srpska and the Yugoslav People’s Army besieged Sarajevo, the capital city of Bosnia and Herzegovina, from April 6, 1992 to February 29, 1996 during the Bosnian Genocide. It is estimated that Serb forces killed nearly 10,000 people — mostly Bosniaks, but also Serbs and other residents of the besieged Sarajevo — including over 1,500 children. An additional 56,000 people were wounded, including nearly 15,000 children.