Rape as an act of Genocide in BiH 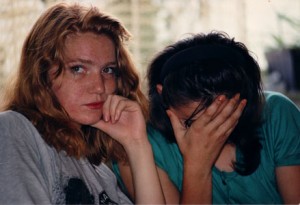 Aisa Purak is a member of the International Expert Team of the Institute for Reaches of Genocide, Canada

The aim of this paper is to deal with the causes and consequences of rape as one of the types of extreme violence in the war against Bosnia and Herzegovina and its society by the governments of Serbia, Montenegro and Croatia, which are used in the process of its militaristic and paramilitary structure. This study will also address rape as an integral part of genocidal acts used in other parts of the world, and the response of the international community on rape as an act of genocide both globally and in Bosnia. Even though rape has long been acknowledged as an atrocity, rape did not become a war crime until the late 1990s. This paper looks at why and how the role of rape in the war in Bosnia affected the development of international law regarding women. Using the accessible documents, this research will point to the fact that the history of rape as an act of genocide is as old as the history of warfare, and that many rapes remained unpunished. This paper argues that a fundamental change in understanding of the role of rape in war- from consequence of war to method of war – led to the development of rape as a war crime. This claim is explored through case studies of the Bosnian (1992-1995) war in the former Yugoslavia. The general aim of this paper is also to contribute recording and writing calamities, rape, sexual abuse and murder of Muslim Bosnia Women in the period from the 1992 until 1995.
More:Rape as an act of Genocide in Bosnia and Herzegovina-2