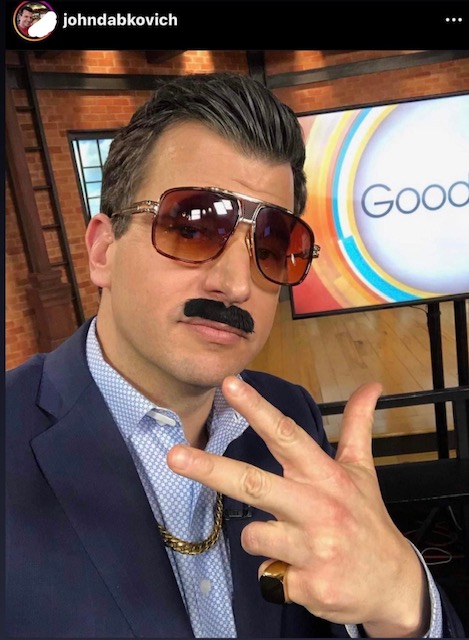 From: Institute for Research of Genocide Canada
Date: Tuesday, September 20, 2022

To Whom It May Concern,

Please find attached a letter from the Institute for the Research of Genocide Canada regarding response to CBS Apology.
Thank you for your attention to this urgent matter.

It has come to our attention that on Sunday, September 9, 2022 at around 10:36am PST, CBS 13 aired a call to violence song against a religious group during their Good Day Sacramento segment. Islamophobic song titled Ne Volim te Alija, by performer going by the stage name of Baja Mali Knindza, glorifies genocide and celebrates war crimes committed by Chetnik forces against Bosnian Muslims and Croats between 1992 and 1995. CBS13 segment (link here) was captured by one of our community members, Djulsa Djapo. Youtube link to the song captioned with English translations is included for your reference.

This song was used as a call to violence, to hype aggressor’s troops and paramilitary formations into committing atrocities. San Francisco Department of Public Health compared the atrocities in B&H “to the Khmer Rouge rebellion and the Holocaust”. Lyrics of this song list out specific cities in Bosnia and Herzegovina where war crimes and genocide were committed. Further, the stage name of the artist refers to a paramilitary formation “Knindze”, who committed atrocities in the Krajina region of Bosnia and Herzegovina, as well as in Croatia.

Furthermore, it’s important to emphasize that Chetnik forces aligned with Hitler’s Nazi army during World War II. On January 20, 2022, The United Nations General Assembly adopted a resolution which condemns denial of Holocaust. A similar resolution condemning denial of genocide in Bosnia & Herzegovina does not exist today, while some Serbian politicians continue to deny the genocide. It’s important to call out the three finger salute that aggressor’s armies used throughout the 90s, and the fact that John Dabkovich used that as well during the segment, photo attached.

Institute for Research of Genocide Canada strongly condemn this Islamophobic act and immediately call on CBS13 to educate themselves and the general public, at their grave error in judgment by airing this song. This segment brought up harrowing and disturbing memories of aggression and sent shock waves of terror throughout Bosnian community in California and beyond. We call on CBS13 to:

Issue a public apology from the anchorman responsible for the call-to-violence song segment, John Dabkovich (or John the Serb, as he refers to himself in the segment)
Issue a statement explaining the reasoning behind picking this specific song, out of countless other songs created by Serbian artists?
Outline what disciplinary measures have been taken to date against John Dabkovich?
Terminate John Dabkovich’s employment with the network and its affiliate stations, effective immediately.
Outline specific actions CBS13 is taking to prevent similar incidents from happening in the future?
Air an expose, educating the general public on:
History of Chetnik aggression during World War II
The part Chetniks played in Bosnian genocide in the 90s
Identify the members International Criminal Tribunal for Former Yugoslavia (ICTY) labeled as “joint criminal enterprise”
Identify what crimes each of the “joint criminal enterprise” members were indicted and convicted of
Educate the public on the psychological warfare of terror and fear campaigns committed by paramilitary formations such as:
Knindze, commanded by Dragan Vasiljkovic
Arkan’s Tigers, commanded by one of Interpol’s most wanted, Zeljko Raznatovic – Arkan
Beli Orlovi (White Eagles), commanded by Vojislav Seselj
Skorpioni (Scorpions), formed by Jovica Stanisic, later led by Slobodan and Branislav Medic, Petra Petrasevic, Milorad Momic
Zute Ose (Yellow Wasps), commanded by Vojin Vuckovic and Dusan Repic
Vucjaci (Wolves of Vucjak), commanded by Veljko Milankovic
Television station SRNA, led by anchorman Risto Djogo

Statement of IGC on the occasion of Human Rights Day