Statements by members of CP 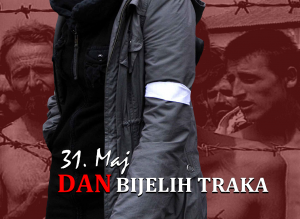 “The Day of White Armbands commemorates the anniversary of the Prijedor massacre. Horrible atrocities were committed during the disintegration of Yugoslavia. Canada strongly condemns all forms of war crimes, crimes against humanity and genocide, regardless of the origins of the perpetrators or victims. As such, I commend efforts to raise awareness about the acts committed in Prijedor, in the hope that perpetrators are brought to justice and that the reconciliation process can begin for all those affected by these terrible events. As a member of the Steering Board of the Peace Implementation Council and a strong supporter of the rule of law in Bosnia and Herzegovina and all the Western Balkan countries, Canada also takes a keen interest in seeing the development of Bosnia and Herzegovina into a stable, secure, multi-ethnic democracy, fully integrated into Euro-Atlantic structures. Canada sincerely hopes that all the countries that were devastated by these atrocities will continue their efforts to bring reconciliation, unity and progress to the Balkans”.

“I am proud to support Worldwide White Armband Day—part of a global campaign to stop genocide denial. On May 31st 1992, the authorities in Prijedor, a town in north-western Bosnia and Herzegovina, ordered all non-Serbs to mark their houses with white flags or sheets and to wear a white armband if they left their houses. Today we are reminded of the brutality of hatred and the human capacity for unspeakable cruelty. We are all tasked with a duty to ensure that the crimes of genocide and torture are permanently eradicated, that the victims of such crimes are remembered, and that perpetrators are exposed and brought to justice. Today is a day to remember and support the victims of atrocities, along with the entire global community committed to truth, justice and respect for victims and their families”.