Joint statement by CNAB and IGC 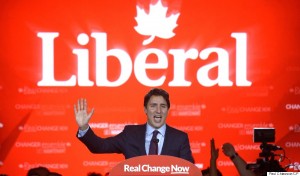 Joint statement by the Congress of North American Bosniaks {CNAB} and the Institute for Research of Genocide, Canada {IGC} on the occasion of the victory of the Liberal Party in federal elections in Canada

On behalf of more than 20,000 Canadian Bosnia’s, their organizations, and communities, CNAB and IGC congratulate Liberal Party of Canada Justin Trudeau, son of former Canadian Prime Minister Pierre Trudeau, in the historic victory in elections.

This completed a ten-year rule of Prime Minister Stephen Harper. Canadian citizens have largely opted for the slogan of the Liberal Party “Real Change”, which means victory of the policy for a more just and humane attitude towards refugees and immigrants, better protection of the environment and the abandonment of the politics of fear and xenophobia.

As citizens of Canada, we expect the Liberals to fulfill the promise of a better future, hope and positive vision that unites all Canadians. We also hope that these compelling results serve as a pretext for a genuine change of policy and the relationships within the Conservative Party of Canada. Canadian citizens have clearly stated that in Canada there is no room for politics of fear towards the other, and they want the government to be proud of Canada’s cultural mosaic.

We congratulate the Canadian Parliament elections in large — Friends of Bosnia and Herzegovina, great friends of truth and justice, the Liberals Bob Bratina, Borys Wrzesnewskyj and Rob Oliphant, and Brian Masse from the New Democratic Party, the sponsor of both genocide in Srebrenica and Bosnia and Herzegovina, and the sponsor of marking the days of world white bands in Canada.
With the aforementioned and other elected members of the Canadian Parliament lobbying for the interests of Bosnia and Herzegovina, the mission will be easier and more successful. We express particular satisfaction of the re-election of Liberal Rob Oliphant. He is a great fighter for the truth about the aggression and genocide in Bosnia and Herzegovina and justice for the victims of these crimes. Rob Oliphant is a sponsor of C – 533, {Bill C-533 – Historical Srebrenica Remembrance Day Act – https: // openparliament.ca/bills/40-3/C-533/}, which has already passed the first reading in the Canadian Parliament. Re-election of Mr. Oliphant opened the gates for the definitive adoption of this law in Canada, which is the only country that the law regulates the rights of genocide victims by adequately characterizing, informing and educating public opinion about the genocide in Srebrenica and Bosnia and Herzegovina.

The Congress of North American Bosniaks
Institute for Research of Genocide, Canada