Letter to Obama and Trump 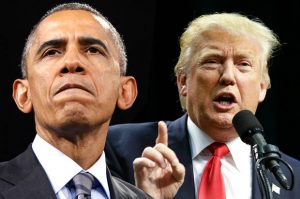 We are writing you in the name of 350,000 Bosnian citizens and residents of the USA.

The reason of our appeal is the official news that Mladen Grujicic, the mayor of Bosnian town of Srebrenica, will be attending inaugural breakfast. The news is very disturbing because Mr. Grujicic is a genocide denier, specifically, the Srebrenica genocide that occurred In July, 1995.

We would like to remind you that genocide in Srebrenica was ruled by The International War Crime Tribunal for former Yugoslavia, supported by the US, and by International Court of Justice. Entire Bosnian Serb military, political and civilian leadership was convicted of genocide and war crime, and are currently serving their deserved sentences. The general Ratko Mladic, Mr. Grujicic glorifies is the last on trial, soon to learn of his fate.

Mr. Mladen Grujicic is a genocide denier, the one who glorifies those that had committed the crimes.

Dear president Obama and president-elect Trump, the presence of Mladen Grujicic, the genocide denier and war crime glorifier at your inaugural breakfast, would be a slap to the humanity and very shameful for the USA. His invitation and possible presence goes against major fundamentals that this great country stands for which is freedom and justice.

We wish you lots of luck and success.

Eldin Elezovic
President of the Congress of North American Bosniaks
Professor Emir Ramic
Chairman of the Institute for Research of Genocide, Canada