Statement on the proposal to enact legislation in Canada to prohibit denial of the Srebrenica genocide. 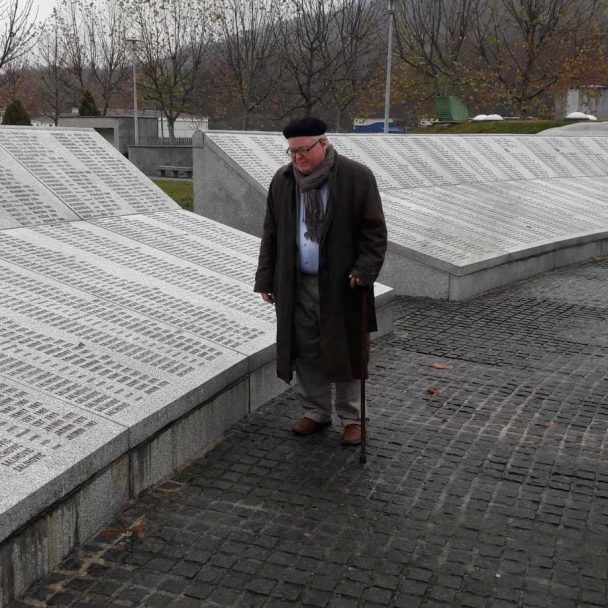 We have asked the most prominent experts in the field of international law, members of the International Expert Team of the Institute for Research of Genocide Canada to comment on an ongoing debate in Canada. The genocide that occurred in Srebrenica is in fact not freedom of speech and should be legally banned in Canada. The next comment is by David Pettigrew, Ph.D., Professor of Philosophy and Holocaust and Genocide Studies, Southern Connecticut State University, International Team of Experts, Institute for Research of Genocide Canada, Board Member, Bosnian American Genocide Institute and Education Center, Chicago, Member, Steering Committee, Yale University Genocide Studies Program

To whom it may concern:

I would like to address the importance of the proposed legislation that would prohibit the denial of the Srebrenica genocide in Canada. Canada has passed laws against promoting or inciting hatred, as well as against advocating genocide. I think these laws provide an important context for the consideration of legislation prohibiting denial of the Srebrenica genocide in Canada. Further, I would like to point out that the Supreme Court of Canada approved the deportation of Mr. Léon Mugesera in 2005. Mr. Mugesera was, formerly, a senior official of the National Republican Movement for Development and Democracy and a leading representative of the extremist “Hutu Power” group in Rwanda. The Supreme Court assessed in 2005 that Mr. Mugesera had engaged in hate speech and the incitement of genocide against the Tutsi in Rwanda as a crime against humanity, and thus, that he was thus not eligible for residence in Canada. Mr. Mugesera was eventually deported to Rwanda in 2012, and was subsequently convicted in 2016 of “public incitement to commit genocide, persecution as crime against humanity, and inciting ethnic-affiliated hatred.” He was sentenced to life in prison in 2016.

This brief account of laws and proceedings in Canada provides the context for my suggestion that the denial of the Srebrenica genocide is a form of hate speech that can ultimately be understood as nothing less than an incitement to another genocide against Bosnian Muslims.

The atrocities that were committed in Srebrenica in 1995 were ruled to be genocide by two international courts. At least 8,372 human beings, primarily men and boys, were murdered in a matter of days and buried in mass graves. Eventually the perpetrators excavated and relocated the primary mass graves to secondary sites in order to conceal the evidence of the crimes that had been committed. The human remains of the victims were disarticulated to such an extent that some victims have been found in five or six different secondary mass graves. Consequently, the process of exhumation and identification has been tragically slow. Victims of the July 1995 genocide are still being exhumed, identified, and buried to this day.

Surviving mothers of Srebrenica, like Saliha Osmanović and Hatidža Mehmedović, had their world destroyed as a result of this genocide. Their husbands and sons were murdered. Mothers Osmanović and Mehmedović had a pact. They agreed that whoever would die first, the other would continue to pray for their families. Mother Hatidža passed away in July 2018, and now Mother Saliha carries on the promise to pray and preserve the memory of their families.

For these survivors, and therefore for all survivors, the hateful denial of the Srebrenica genocide is acutely painful, if not psychological torture. Such denial demeans the victims as it betrays the memory of the crimes and the suffering. For Holocaust survivor Elie Wiesel, memory is intertwined with justice: “Justice without memory,” he writes, “is incomplete justice, false and unjust. To forget would be an absolute injustice…To forget would be the perpetrators’ final triumph.”

The normalization of the denial of the Srebrenica genocide today is reminiscent of the tendency of diplomats, journalists, and even the United Nations, for example, to refer to the international aggression and genocide that was in progress in Bosnia and Herzegovina as “ethnic cleansing”. A number of scholars, including Edina Bećirević, have stated that, with the phrase “ethnic cleansing,” the international community had already denied the genocide from the beginning in 1992. It was a terminological choice that negatively affected international efforts to bring the aggression against Bosniak civilians to an end, and that has negatively affected efforts to build the peace in Bosnia in the past twenty-four years.

Finally, in conclusion, it is crucial to reflect on the extent to which a law against the denial of the Srebrenica genocide would not be a denial of “free speech”. There is no absolute right to free speech in the sense that societies circumscribe specific limitations on speech and expression in the interest of the protection of groups and individuals who have been or may be targeted for discrimination, oppression and elimination. For example, Canada has passed laws against hate speech. One could say that “even in the United States” there are legal limitations on speech and expression in the context of “hate crimes”. In a number of European countries, it is a crime to deny the Holocaust. One wonders if, given the importance of remembering the Holocaust for the sake of the victims and for the sake of prevention, why it would not be similarly imperative to prohibit the denial of the Srebrenica genocide.

← Hasan Nuhanovic’s comment on the ongoing debate in Canada on freedom of speech vs. Srebrenica genocide denial
The denial of a genocide is an integral part of the genocidal process itself →