April 30 – The beginning of the genocide in Prijedor 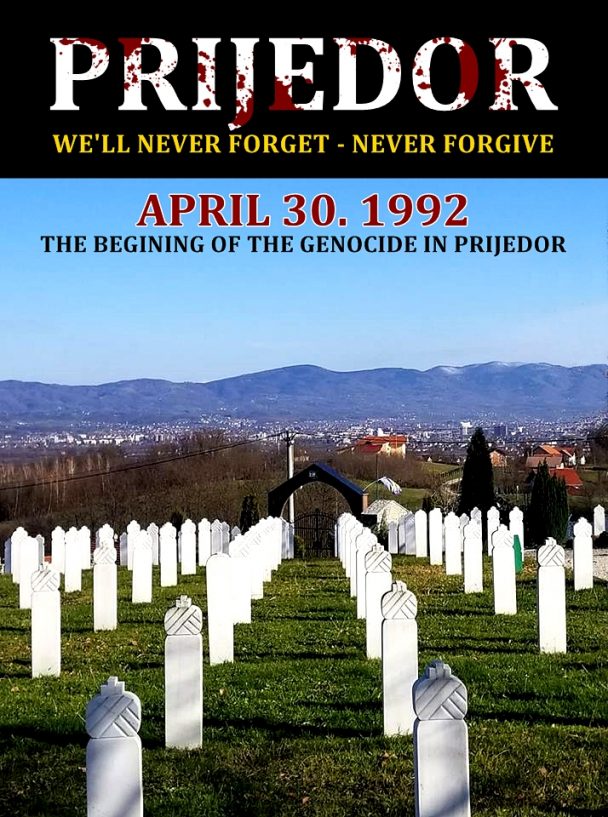 April 30 – The beginning of the genocide in Prijedor

On this day, April 30, 1992, the Prijedor Serbs led by the SDS with the help of Serbian military and police forces took completely control of Prijedor. On that day, armed Serbs took up positions at checkpoints all over the city, and armed soldiers and snipers were on the roofs of the main building. This date was the beginning of the genocide against the non-Serb population in Prijedor. Military positions could be seen throughout the city and the Serbian flag with four “S” flew to the municipal building. JNA soldiers in various uniforms took all the most important buildings, such as the radio station, health center and bank. They entered the building, said that they had seized power and announced to change the name of the municipality of Prijedor in the “Serbian municipality of Prijedor.”

The Institute for Research of Genocide, Canada