Government of Canada: Decisions of the Constitutional Court of B&H are final and binding 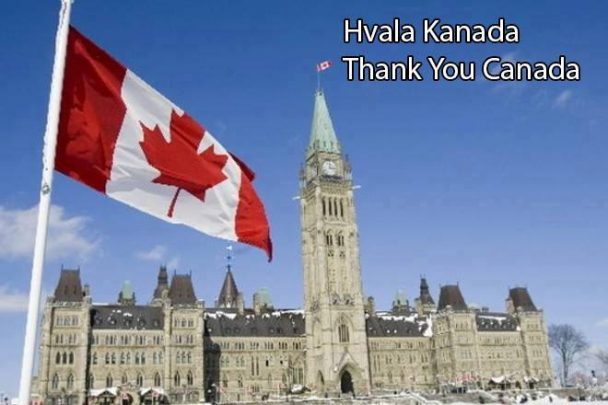 01. 06. 2020.
Press release -Institute for Research of Genocide Canada
Government of Canada: Decisions of the Constitutional Court of Bosnia and Herzegovina are final and binding – Day of the entity of Republika Srpska can not be January 9. The Government of Canada signed by former Foreign Minister: “Please be assured that Canada is firmly committed to the General Framework Agreement for Peace and to the preservation of Bosnia and Herzegovina’s territorial integrity and sovereignty in accordance with international law. As a member of the Steering Board of the Peace Implementation Council (SB PIC), Canada supports Bosnia and Herzegovina in its development into a stable, viable, democratic multi ethnic state, and encourages it to cooperate peacefully with its neighbours and remain on track toward European Union and North Atlantic Treaty Organization membership. We are aware of the decision of the Republika Srpska to commemorate January 9, despite the ruling by the Constitutional Court of Bosnia and Herzegovina that found the holiday unconstitutional. In the SB PIC Communiqué, Canada and other members reiterated that decisions of the Court are final and binding and reminded authorities in Bosnia and Herzegovina of their obligation to implement Court decisions“.
Thanks to the Government of Canada for its continued support for the truth, justice and culture of remembering aggression and genocide in Bosnia and Herzegovina, the Institute for Research of Genocide Canada once again reminds the world that is shameful that in an era of democracy, with human rights protections and freedoms, at the center of a united Europe, after the Holocaust and after “Never again!”, more than twenty years after the gravest crime in Europe since the Second World War (the Srebrenica genocide), and genocidal aggression against Bosnia and Herzegovina, Republika Srpska will celebrate the day of its creation on January 9. For all friends of truth and justice in the world, January 9 in Republika Srpska recalls nothing other than the horror of aggression and genocide as well as the attempted destruction of the sovereign state of the Republic of Bosnia and Herzegovina.
Institute for Research of Genocide Canada