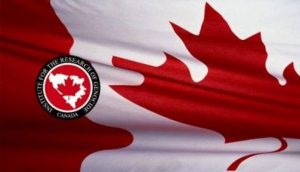 The news release further mentioned that the Government of Canada continually monitors its representations abroad and periodically shifts resources to meet Canada’s needs in an ever-changing world. The same explanation for the closure of diplomatic representation was provided on the Embassy of Canada’s website in Cambodia. No further details were provided regarding the closures of the two Embassies.

The wider Canadian diplomatic community and all Canadians are being left to conclude that the Embassy of Canada in Sarajevo was closed primarily due to ideological, narrow and parochial reasons of Harper-driven foreign policy and his foreign service administration. Canada set up an Embassy in Sarajevo in 1996 after the war which ravaged the multicultural being of Bosnia and Herzegovina ended. Canada then became a member of the Executive Board of Peace Implementation Council (PIC) in Bosnia and Herzegovina established by the UNSC to monitor country progress in reaching some of the security and governance goals outlined in the Dayton Peace Agreement of 1995.

Minister Dion promised that Canada in line with the new Liberal policy of opening Canada to the world will seriously reconsider the issue of re-opening the Canadian Embassy in Sarajevo. Minister Dion also made the promise that to start Canada will open an Honorary Consulate in Sarajevo soon. Since then, nothing too encouraging has been done to enhance the diplomatic profile of Canada in Bosnia and Herzegovina. Canada is still only a member of PIC without an Embassy or a Consulate in Sarajevo.

Based on the above, we are urging you to seriously reconsider the issue of s

The Canadian Bosniak Community thanks the Hon. Bob Bratina, MP Hamilton East-Stoney Creek, for sponsoring of petition E-1455 which is a House of Commons petition to the Minster of Foreign Affairs regarding re-opening the Embassy of Canada is Sarajevo. (The petition can be found here: https://petitions.ourcommons.ca/en/Petition/Details?Petition=e-1455 )

On behalf of the Canadian Bosnian Community
Professor Emir Ramic

The Letter of IGC to Canadian Political Subjects

Government of Canada: Decisions of the Constitutional Court of BiH are final and binding – Day of the entity of RS can not be January 9