Open letter regarding the Election Law of BiH 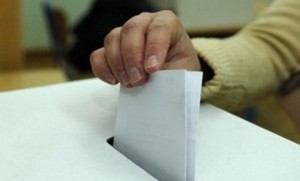 Open letter regarding the proposed amendments to the Election Law of BiH
The Congress of North American Bosniaks (CNAB), and the Institute for Research of Genocide Canada, are shocked by the adoption of amendments to the Election Law by the BiH Council of Ministers on the closure list which entrusts the integrity of the electoral process to municipal electoral commissions. On behalf of Bosniaks, victims of genocide and ethnic cleansing in Bosnia and Herzegovina who currently reside in North America, we strongly condemn this procedure, which primarily deprives voters outside of Bosnia and Herzegovina to exercise their right to political representation in smaller entity, entity of Republic of Srpska. The politicization of this right by the political parties from entity of Republic of Srpska such as SDS and SNSD, indicates that the leaders of the entity of Republic of Srpska, especially representatives of the parties mentioned above, are against the democratization of Bosnian society and the civil standards of the European Union.

More:Open letter regarding the proposed amendments to the Election Law of BiH