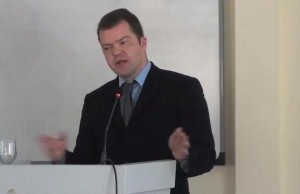 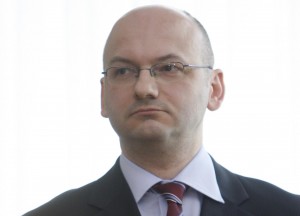 Dr Marko Attila Hoare is Member of the International Expert Team of the Institute for Research of Genocide, Canada

Dejan Jovic’s attack on me, published in Vecernji list on 21 January, contains several falsehoods. He accuses me: ‘Da bi opravdali rat u Iraku, koristili su metaforu Hitlera (za Saddama Husseina)’. Yet I have never used the Hitler metaphor to describe Saddam Hussein, and in June 2013 I described the Iraq war in the pages of the Guardian as a ‘misguided adventure’. He claims ‘ljudi poput Hoarea zagovaraju daljnje intervencije kao rješenje novih problema: u Siriji, pa možda poslije u Iranu, pa tko zna gdje preksutra.’ In fact, I explicitly condemned the idea of a US or Israeli attack on Iran on my blog back in April 2012. Jovic claims: ‘Doduše, isti oni koji napadaju mene, već su i mnoge druge, uključujući Washington Times, The Guardian i neke ugledne druge pojedince i medije proglasili ”poricateljima genocida”.’ But I have never accused either the Washington Times or the Guardian of genocide denial, and I doubt whether Jovic’s other critics have either. Jovic links me to the politics of the Henry Jackson Society. Yet I resigned from that organisation at the start of 2012, and have explicitly and strongly condemned its politics repeatedly since.

Jovic’s string of ad hominem falsehoods directed against me appear to be his way of distracting attention from the matter at hand: his uncritical endorsement of David Gibbs’s Great Serb propaganda tract (First Do No Harm: Humanitarian Intervention and the Destruction of Yugoslavia, Vanderbilt University Press, Nashville, 2009), which denies the Srebrenica genocide. Jovic claims: ‘Kad kritizira moj prikaz Gibbsove knjige, Hoare ”zaboravlja” da mu je Gibbs osobno odgovorio na teze o ”poricanju genocida” – i u potpunosti ih je opovrgao.’ But this is simply untrue. In his book (p. 281), Gibbs says of Srebrenica: ‘Certainly, the murder of eight thousand people is a grave crime, but to call it “genocide” needlessly exaggerates the scale of the crime’ (p. 281). Furthermore, Gibbs claims the massacre was provoked by the Bosniak victims: ‘The origin of the Srebrenica massacre lay in a series of Muslim attacks that began in the spring of 1995… Such actions invited Serb reprisals, and this dynamic contributed to the fall of the safe area’ (p. 160). As for Jovic’s claim that Gibbs ‘totally refuted’ my accusation of genocide denial: this is also untrue; Gibbs was completely unable to defend himself from the charge. Readers can view my refutation of him and see for themselves: http://greatersurbiton.wordpress.com/2010/12/24/first-check-their-sources-on-david-n-gibbs-and-shoddy-scholarship/ .

After first trying to deny that Gibbs engages in genocide denial, Jovic then tries to justify Gibbs’s genocide denial. He claims that genocide is something invented by warmongers to justify military intervention, whereas people who deny genocide are really just trying to protect peace: ‘”Genocid” i ”Hitler” su uvijek tu kad treba pokrenuti novi rat – oni su ”idealno” objašnjenje razloga zašto se kreće u još jedan. Razlika između Gibbsa i Hoarea je, dakle, u tome što jedan smatra da se ratovi ne vode iz altruizma i ne rješavaju probleme, a drugi drži da su liberalne intervencije potrebne i nužne, i da u njima nema ništa sporno čak i kad dovode do velikog broja žrtava. Jedan je zagovornik mira, drugi rata.’ The reality is somewhat different: both Jovic and Gibbs seek to minimise the guilt of the Serb aggressor for the 1990s war, and to shift as much blame as possible onto the Croatian and Bosnian victims of the aggression. The agenda of people like Jovic and Gibbs is to ensure that the real warmongers – tyrants like Slobodan Milosevic and Bashar al-Assad – should be free to wage their wars without fear of Western military intervention, or even of ‘excessive’ condemnation from the Western media.

Following his review of Gibbs’s book in Politicka misao, Gibbs has now for the second time, in his reply to me and to the Bosnian organisations who criticised him, praised Gibbs’s book in glowing terms, while refusing to make any substantial criticisms of it. Yet Gibbs’s book is a Great Serbian propaganda pamphlet:

1) Gibbs writes ‘And we will see later in the chapter that the post-Yugoslav state of Croatia, which became independent in 1991, had important historical links with Pavelic’s puppet state.’ (p. 48).

3) Gibbs claims Croatia and Slovenia were not experiencing any oppression at Serb hands prior to declaring independence, so had no legitimate grounds for seceding: ‘In fact, there was no serious evidence of Serb oppression in Slovenia or Croatia prior to the secessionist actions. The main reasons for seceding, as we saw in the previous chapter, were economic in nature. The JNA’s initial use of force in Slovenia was quite mild’ (p. 97)

4) Gibbs blames the war in Croatia on the Croatian side: ‘The Croatian war had its origins with the nationalist forces that were unleashed during the election campaign of 1990, when Franjo Tudjman’s HDZ party came to power.’ (p. 87)

5) Gibbs claims Germany engineered Croatia’s independence and the war in 1991: ‘We will see that Germany began encouraging Croatian nationalists and preparing them for independence months before the war began. Based on this new information, I argue that German officials did not simply respond to the war; they helped initiate it.’ (p. 77)

And again: ‘Germany played a key role in encouraging Slovenia and Croatia to secede, and surreptitiously assured them of external support for the secession efforts. Once the republics actually seceded, the European Community (backed by the United States) condemned the JNA’s efforts to block secession.’ (p. 105)

6) Gibbs condemns the European Community for recognising Croatia’s independence in its republican borders, and its failure to recognise the independence of the Krajina Serbs: ‘The European Community took the view that Croatia and other republics could not be divided. In effect, this meant the following: Croatia had the right to secede from Yugoslavia but this same right would not be recognised for the Krajina Serbs, who wished to separate from Croatia. In the ensuing conflict in Krajina, the European Community supported the Croatian position and opposed that of the Serbs. At the Hague conference, Van den Broek, the Dutch foreign minister, affirmed that any changes in the republican borders “were not an option”. This anti-Serb bent was evident at many levels.’ (p. 96).

And again: ‘On the one hand, the Community accepted the right of Croatia to separate from Yugoslavia, or at least viewed such separation with leniency. On the other hand, the European Community condemned efforts by the Krajina Serbs to separate from Croatia. Why the double standard ?’ (p. 97)

7) Gibbs claims: ‘In addition, the Muslim/Croat alliance of 1990-1991 recreated a similar alliance that had existed during World War II, when the two groups were the main supporters of the pro-Nazi Ustasa state, and both participated in the massacres of the Serbs that occurred during this period.’ (p. 116)

8) Gibbs claims: ‘Operation Storm also generated a humanitarian disaster. The attack forced from 150,000 to 200,000 Serbs to flee, producing what was probably the largest single act of ethnic expulsion of the entire war.’ (p. 163)

9) Gibbs writes ‘Another feature of the Balkan conflict was the tendency of the Western media needlessly to exaggerate the atrocities committed by Serb armies… Atrocities committed at Serb-run detention camps were presented in sensationalist fashion, for example, and they became “extermination camps” comparable to Auschwitz. President Izetbegovic himself encouraged these interpretations. Yet, in 2003, shortly before his death, Izetbegovic conceded that “there were no extermination camps” in Bosnia. He also conceded that his previous claims to the contrary had been deliberate misrepresentations, intended to outrage Western public opinion and thus trigger Western military intervention against the Serbs.’ (p. 216)

10) Gibbs accuses the Bosnian armed forces of shelling their own civilians during the siege of Sarajevo, in order to blame it on the Serbs ‘: ‘In several cases, Bosnian forces themselves bombarded Sarajevo and blamed the resulting deaths on the Serbs.’ (p. 125)

Furthermore: ‘In should also be noted that the [Bosnian] government restricted the right of Sarajevo residents to flee the city, effectively blocking the exit for many besieged civilians. This policy increased the potential for casualties and fit in nicely with the government’s public relations strategy. In the world’s media, the deaths from shelling and sniper fire were blamed exclusively on Serb forces, but in reality the Bosnian government bore some responsibility as well.’ (p. 126)

11) Gibbs claims the Serbs legitimately owned most of Bosnia: ‘: ‘It is clear that Serb forces were on the offensive during much of the war, and they conquered large areas of Bosnia-Herzegovina. But the extent of Serb aggression was once again exaggerated. Newspaper articles repeatedly noted that Serbs controlled some 70 percent of Bosnia’s territory, despite the fact that they only constituted 31 percent the [sic] total population… What such reports omitted was that Serbs had always occupied most of Bosnia’s land area, owing to their demographic dominance in rural regions.’ (p. 124)

12) Gibbs claims that it was the Muslims and Croats who caused the war to break out in Bosnia in 1992, whereas the Serbs wanted peace: ‘: ‘In March 1992, however, before full-scale war had begun, Serb leaders welcomed the Lisbon agreement and they endorsed it in the strongest terms. Radovan Karadzic, who represented the Serbs at Lisbon, called the agreement a “great day for Bosnia and Herzegovina.” And it should be recalled that it was the Muslims and the Croats, not the Serbs, who actually reneged. There is no evidence that the Serbs were bent on war at this point.’ (p. 111)

So, those are the theses of David Gibbs, which Jovic has now chosen to praise on two occasions. For Jovic to praise so highly Gibbs’s extreme anti-Croatian, anti-Bosnian and Great Serb propaganda tract is scandalous. Yet it is scarcely surprising, since in his own book about the break-up of Yugoslavia (Jugoslavija – država koja je odumrla: Uspon, kriza i pad Kardeljeve Jugoslavije (1974-1990), Prometej, Zagreb, 2003), Jovic already revealed that his sympathies in the 1990s were with Slobodan Milosevic and the JNA:

Jovic is right about one thing: the criticisms being made against him are political, not academic in motivation. If Jovic were simply a scholar expressing his private opinion, it would not matter that his work rehabilitates Milosevic and the JNA, or that he praises a book denying the Srebrenica genocide. Jovic has the right, as a scholar, to express his views freely. But he is the Croatian president’s chief analyst and special coordinator. It dangerous to both Croatia and Bosnia-Hercegovina for someone holding such views to occupy the position that he does.