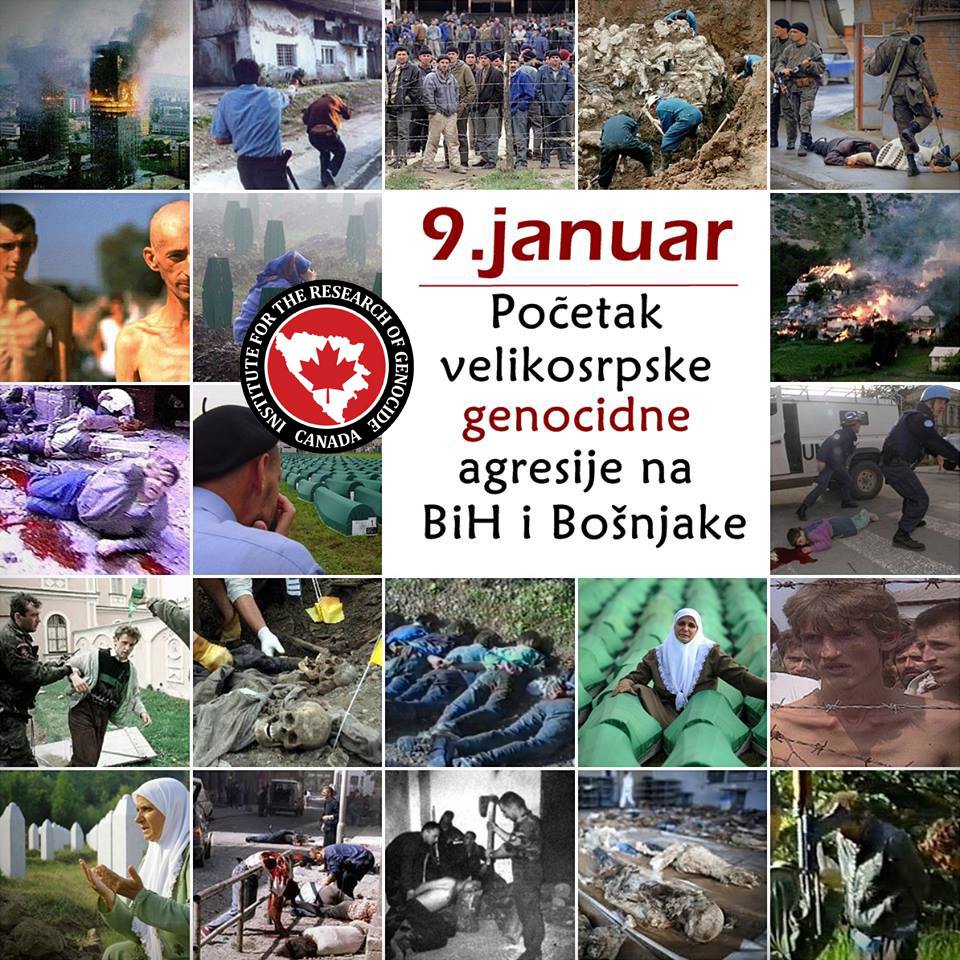 Similar to celebrating the myth of “the Battle of Kosovo” – as the greatest national tragedy, the Serb nationalists in modern times celebrate the success of Republika Srpska in the same manner. The truth, however, is completely different. The entity of Republika Srpska is based on a product of a greater memorandum “nationalist revolution” which is one of the largest Serb defeats. Serbs were given an entity, but they lost the state of Bosnia and Herzegovina. The glorification of Serb nationalism is used to cover the self-inflicted misery and misfortune of the Serb people. The entity of Republika Srpska threw the Serbs into misery ethnically, culturally, and religiously because they have managed to distance themselves from their neighbors as well as the idea of Bosnia and the Bosnian spirit, and therefore of man and civilization in general. The hatred towards Bosniaks is the worst consequence of Serb nationalism which the Serb leaders continue to propagate among their people. This hatred resulted in the slashing of the state and society in Bosnia and Herzegovina and the destruction of the Bosnian idea and Bosnian spirit among the Serb people in Bosnia and Herzegovina.

Accepting January 9th as the anniversary of the entity of Republika Srpska, Serbs have accepted the legacy of war criminals Karadzic, Mladic and Krajisnik. The celebration of this date in allows politicians such as Milorad Dodik to carry on the genocidal legacy of Serb nationalism through political means. The truth of the matter is that the separate entity created for the Serb people is actually isolating the Serbs and leading to further stalemate since Bosnia and Herzegovina is a country for all ethnic groups – Bosniaks, Croats and Serbs.

All those who celebrate January 9th are celebrating the aggression and genocide. The entity of Republika Srpska has not been established through sound decisions or proper assemblies. What they are celebrating on this day is built on the sights of hundreds of thousands of victims, the bones of the murdered children, the rape of Bosniak women, and of all those tortured in concentration camps. The entity of Republika Srpska may have been created on the basis of injustice but it will fade away as a result of justice, which will eventually come.

We invite all organizations and communities, friends of the truth and friends of justice to occasional events mark the 9. January as the Day of the beginning of the genocide against Bosniaks.

ACTION: Now is the time to tell the truth