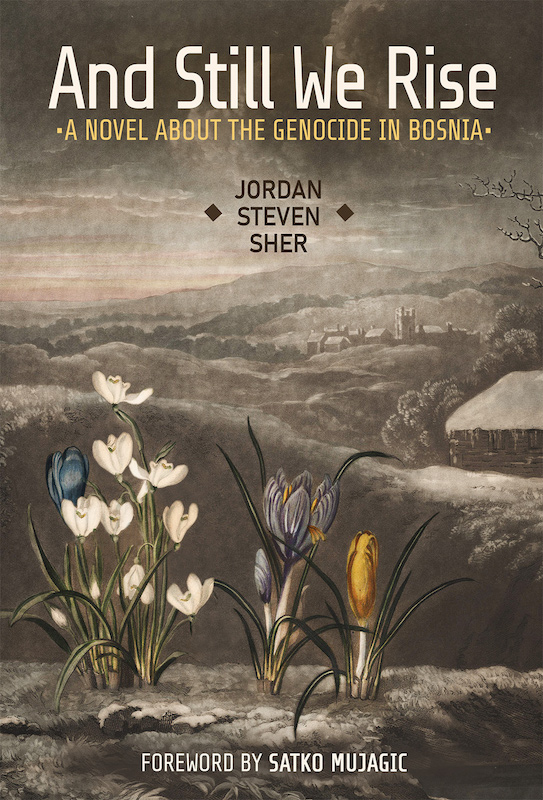 Based on real-life events, in spring, 1992 in Prijedor, Bosnia, the Kovacevic’s, a Muslim family, is confronted with the harsh reality that they are the targets of a brutal campaign to rid the country of non-Serbs. Neighbors turn on neighbors as the nationalist Serb propaganda leads to the so-called “cleansing” of communities that destroys families and their homes.

Elvir, and his fifteen-year-old son Amir, are sent to the Omarska concentration camp where torture and death haunt them daily. With a world that turns a blind eye, both suffer physically, psychologically, and spiritually. Yet they must rely upon each other if they are to survive. Hajra, Elvir’s wife, and mother of their two younger children, Halima and Danis, are imprisoned in another camp called Trnopolje. They, too, must survive the atrocities that visit them including rape and witnessing beatings and murder. Hajra and the children encounter Elvir’s brother, Tarik, who has been transferred to Trnopolje from another camp, only to see him disappear a short time later. As they all have learned too well in the camps, many disappear never to return.

The Kovacevic’s eventually leave the camps and reconnect with Tarik’s wife, Merjem, who is unable to accept the possibility of the loss of her husband. The families’ trajectories lead them to journey together as they face unforeseen obstacles that must be overcome if they are to find true freedom from the trauma that continues to inform their decisions. As refugees, they move to Germany and then to America seeking to rediscover meaning in their lives after surviving genocide, grieving their losses, and to place roots in their new home.

The book can be purchased from Amazon through publisher: jordanstevensher.com

For Those Who Can Tell No Tales

The letter of IGC to Mrs Elisabeth Rehn