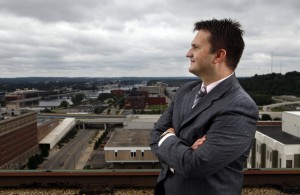 Dayton in Bosnia and Herzegovina: 18 Years of Experiment in Democratic Governance
Haris Alibašić, Ph.D. is member of the International Expert Team of the Institute for Research of Genocide, Canada, an immediate past president of the Congress of North American Bosniaks, teaches graduate courses at Grand Valley State University (GVSU) and directs the City of Grand Rapids – Office of Energy and Sustainability.
The paper builds on the previous analysis on the occasion of 18 years of Dayton Peace Accords published in April of 2011 at the Institute for Research of Genocide, Canada.
Abstract
Bosnia and Herzegovina and its citizens are facing significant challenges within the current geopolitical context in the region, failed constitutional system, lingering divisions, and the political influence neighboring countries continue to exercise in Bosnia. Fifteen years after Dayton was signed there have been recent calls for reforms and revisions to the Dayton agreement in order to provide for a more robust political system and to enable Bosnia to join the European Union. The need for significant political and policy changes supported by the international community is ever more pressing. Bosnia and Herzegovina’s current political and legal system is a result of a war which ravaged the country and the hastily constructed Dayton Peace accord. Some of the key elements of Bosnia and Herzegovina’s political, legal, economic and judicial systems were created by the U.S. administration. In order to evaluate the current system of Bosnia and Herzegovina and present potential ideas for long term solutions, it is important to review the United States’ system of governance and its basic democratic principles. Success of the United States’ style of democratic governance and public policy process provides vital clues for Bosnia’s political, legal, economic and judicial systems long term sustainability. The most glaring difference between the governance and policy in the United States and the most pressing issue threatening Bosnia and Herzegovina’s democracy is that while in the United States, political parties debate economic, political, and social issues, Bosnian politicians debate national and ethnic issues. This hypersensitivity to controversial domestic issues leads to political stalemate and a lack of progress. Most recent social unrests which culminated into mass protests are a direct result of the insufficiencies and lack of implementation of the peace agreement.

The letter to the Embassy of Canada