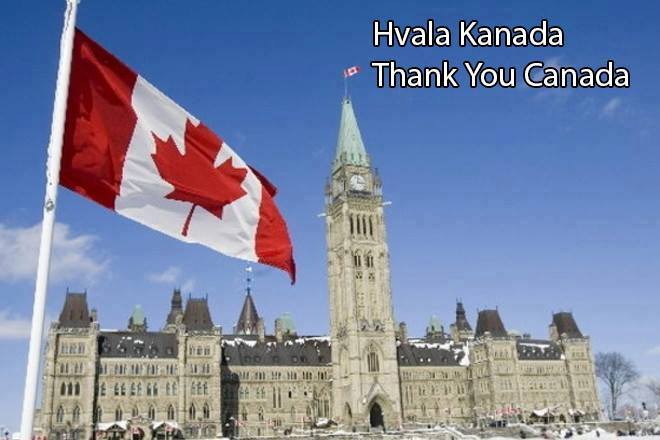 Government of Canada: Decisions of the Constitutional Court of BiH are final and binding – Day of the entity of RS can not be January 9.
On the occasion of violation of the decision of the Constitutional Court of BiH, by the Republic of Serbia and the entity of RS, Institute for Research of Genocide, Canada addressed to Prime Minister of Canada Justin Trudou. Among other things in a letter written as follows:
„The Constitutional Court of BiH ruled that the January 9 RS“ holiday celebration is unconstitutional. The Constitutional Court found that the Law on Holidays of the RS is not in accordance with the Constitution of BiH, and is in violation of the International Convention on the Elimination of All Forms of Racial Discrimination and the European Convention for the Protection of Human Rights and Fundamental Freedoms. RS’s lavish celebration planned for January 9, with the official participation of the Serbian government will not benefit Serbia, RS, or the Serbian people as a whole. The Serbian Ministers participation in the celebration on January 9 symbolizes the legitimization of the genocide in BiH. The International Team of Experts from the Institute for Research of Genocide Canada urges you to immediately advise the leadership of the Republic of Serbia and RS to respect the decision of the Constitutional Court of BiH according to which RS day has been declared unconstitutional. Please inform them clearly that the entity of RS will never be an independent Serbian State or become a part of greater Serbia on the soil of the internationally recognized state of BiH“.
In response of the Government of Canada signed by Foreign Minister, among other things says:
Please be assured that Canada is firmly committed to the General Framework Agreement for Peace and to the preservation of BiH’s territorial integrity and sovereignty in accordance with international law. As a member of the Steering Board of the Peace Implementation Council (SB PIC), Canada supports BiH in its development into a stable, viable, democratic multi ethnic state, and encourages it to cooperate peacefully with its neighbours and remain on track toward European Union and North Atlantic Treaty Organization membership. We are aware of the decision of the RS to commemorate January 9, despite the ruling by the Constitutional Court of BiH that found the holiday unconstitutional. In the SB PIC Communiqué Canada and other members reiterated that decisions of the Court are final and binding and reminded authorities in BiH of their obligation to implement Court decisions“.

Emir Ramic
Chairman of the Institute for Research of Genocide, Canada

IGC thanks the Bosnian-Turkish organization Bosfor for awarding the recognitions