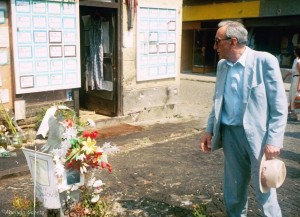 Mazowiecki Report on the Fall of Srebrenica (Sept. 1995)

More: Mazowiecki Report on the Fall of Srebrenica

The Canadian Museum for Human Rights

Answer to the Graduate Institute of International and Development Studies