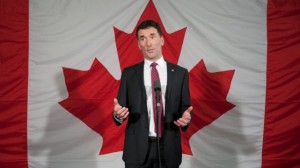 The reaction of Paul Dewar, Member of the Canadian Parliament and NDP Foreign Affairs Critic regarding the procurement by the Government of Canada of military targets with ethnic or nationa description

“I share your disappointment in the decision by the Government of Canada to purchase the targets on behalf of the British military with the specifically ethnic description, including that of “Bosnian male”. The association of military targets with a particular ethnic or national community is unnecessary, unhelpful, and incompatible with Canada’s proud traditions as a multicultural society. These inappropriate targets should not be used on Canadian soil, or procured by the Canadian government. Although the notice of procurement has been amendment to remove overt references to the targets’ ethnic or national identity the Government of Canada should apologize for selecting these targets in the first place, and commit to avoid purchasing such targets in future”.

Requiem for a court

For a world without the Holocaust, Genocide