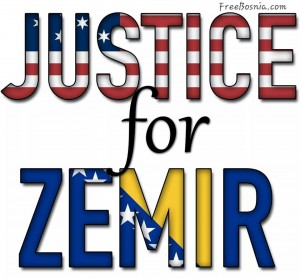 Press release regarding the brutal murder committed against the 32 year old Bosniak from St. Louis.

The Congress of the North American Bosniaks (CNAB) and the Institute for Research of Genocide Canada (IGC) hereby express extreme sadness and deep concern about the brutal murder of the thirty-two year old Zemir Begic in St. Louis, State of Missouri, home of the largest Bosniak community in the United States.  Many Bosniaks, who were exposed to all forms of genocide and ethnic cleansing during the 1990’s war, left their homeland and settled down in St. Louis where they wanted to start a new life, looking for peace and equal opportunity for their families.