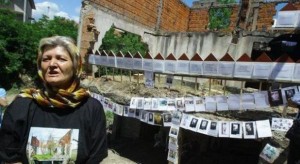 The eminent American professor David Pettigrew sent on the occasion of the 22nd anniversary of crimes in Visegrad letter to the President of the International Criminal Tribunal for the former Yugoslavia, Theodor Meron, expressing deep concern about the trial of Radovan Karadzic, given the fact that the indictment for genocide exempted eight districts among where and Visegrad. The letter was signed by representatives of the Bosnian-American Institute for Genocide Research and Education in Chicago (BAGI), the Institute for Research of Genocide Canada (IGC), the Institute for Research of Crimes against Humanity and International Law, University of Sarajevo and other organizations and associations from Bosnia and Herzegovina and the Diaspora.