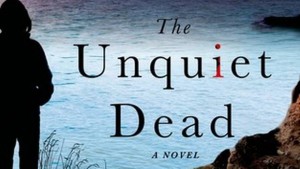 “The Unquiet Dead” – A spectacular debut of Ausma Zehanat Khan, Member of the Internacionaln Expert Team of the Institute for Research of Genocide, Canada

“The Unquiet Dead” explores the suspicious death of a war criminal with ties to the Srebrenica Genocide in 1995. Srebrenica Genocide is judicial fact recognized first by the International Criminal Tribunal for the Former Yugoslavia {ICTY} and subsequently by the International Court of Justice {ICJ}. Think of the Srebrenica genocide means and look for the answer to the question of whether genocide legal means to achieve political and cultural objectives?

AUSMA ZEHANAT KHAN holds a Ph.D. in International Human Rights Law with a specialization in military intervention for human protection purposes, and war crimes in the Balkans. She is a former adjunct law professor at Northwestern University and York University, and was formerly Editor-in-Chief of Muslim Girl magazine, the first magazine targeted to young Muslim women in North America. A British-born Canadian, Khan now lives in Denver, Colorado with her husband. The Unquiet Dead is her first novel.

Dear Professor Ramic: Thank you so much for this tremendous honour, I am deeply touched because more than anything, I want my book ‘The Unquiet Dead’ to represent the experiences of the Bosnian people during the war. I so very much want their voices to heard, and I will look forward to knowing your thoughts about the book.

← Open letter to the high representative V. I.
“Under the UN protection” →