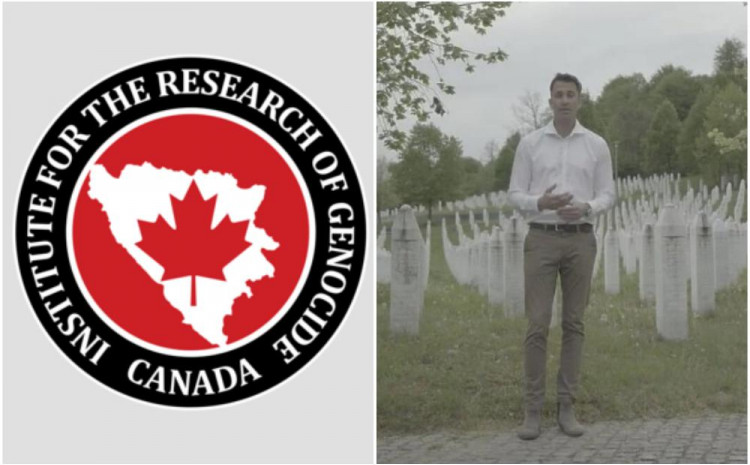 We are deeply concerned about the scheduled screening of Boris Malagurski’s film, “Republika Srpska: Struggle for Freedom”; in Lucerne, Sankt Gallen, Zurich, Uster, Balincona, Lausanne, Bern, Offenbach, Dortmund, Dusseldorf, Munich, Rotterdam, Antwerp, Brussels, Luxembourg, Salzburg, Linz, Vienna, Graz, Klagenfurt, Villach, Ljubljana, Vicenza, Copenhagen, Malmö, Halmstad, Helsingborg, Stockholm, Gothenburg and several cities in Serbia. The planned screening of the film is a huge mistake because the film’s content tries to equalize the victims of genocide and the criminals by revising the historical, scientific, and judicial facts about the genocide in Bosnia and Herzegovina.

The trailer, released to the public, glorifies the establishment of the “Republika Srpska entity” and its aggression on Bosnia & Herzegovina (1992-1995) as a fight against “slavery” and a “fight for freedom.” The author of the film thus publicly denies the Bosnian genocide and the laws and verdicts of international courts and the United Nations. With the final judgment of February 26, 2007, the International Court of Justice in The Hague opened up a legitimate and legal possibility of an entire legal challenge to the entity, with the judicial wording that the army and police of the “Republika Srpska entity” planned and carried out the genocide in Srebrenica.

The national parliaments of almost all countries in whose cities the film screenings were announced adopted resolutions recognizing the genocide in Srebrenica, declaring July 11 as the Day of Remembrance for the Victims of Genocide and honouring the victims of genocide. And, if the film “Republika Srpska: Struggle for Freedom” is shown in the countries mentioned earlier, it would represent a violation of their parliaments’ resolutions. Please bear in mind that Boris Malagurski’s film revises the painful history of Bosnia and Herzegovina in 1992 – 1995, and remember that the film humiliates the victims and international courts by justifying genocidal crimes “Fight for freedom.”

The Institute for Research of Genocide in Canada invites everyone who supports the truth of aggression against Bosnia and Herzegovina and genocide against its citizens to sign this petition. Particularly friends of Bosniaks, and those who believe in justice for the victims of the greatest crimes after the Holocaust in Europe, sign the petition to immediately halt promoting the anti-civilization film. Through this petition, and on behalf of the victims of said aggression and genocide, the voice of more than 100,000 killed, over 50,000 inmates, 25,000 raped girls and women, 15,000 murdered children, and 2,000 mass, tertiary, secondary, and other graves, as the voice of 50,000 wounded and disabled people we are asking for a complete ban on the promotion of the mentioned film.

Bad law from the Hague