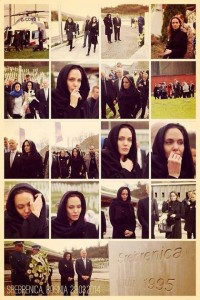 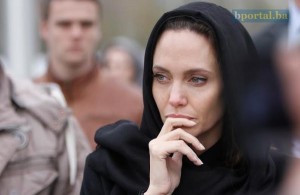 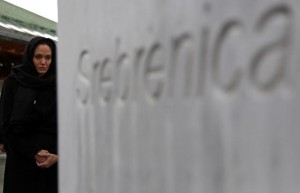 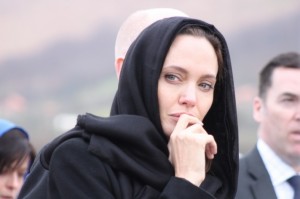 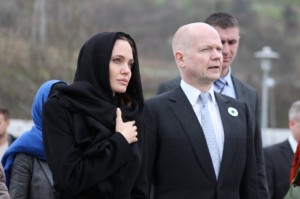 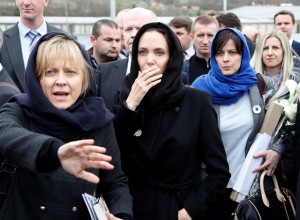 Tribute and tears for the victims of the Srebrenica genocide
Jolie: This country will always be close to my heart
The genocide in Srebrenica and Bosnia and Herzegovina is a testament to the man, nation, civilization, truth and justice, that after the Holocaust did not crime and criminals.
Srebrenica Genocide is judicial fact recognized first by the International Criminal Tribunal for the Former Yugoslavia {ICTY} and subsequently by the International Court of Justice {ICJ}
1. The Srebrenica Genocide is the largest mass murder in Europe since World War II.
2. In 2004, in a unanimous ruling on the “Prosecutor v. Krstić” case, ICTY ruled that the massacre of the enclave’s male inhabitants constituted a crime of genocide.
3. Theodor Meron, the presiding judge, stated: “By seeking to eliminate a part of the Bosnian Muslims, the Bosnian Serb forces committed genocide. They targeted for extinction the 40,000 Bosnian Muslims living in Srebrenica, a group which was emblematic of the Bosnian Muslims in general. They stripped all the male Muslim prisoners, military and civilian, elderly and young, of their personal belongings and identification, and deliberately and methodically killed them solely on the basis of their identity”.
4. In February 2007 ICJ concurred with the ICTY judgement that the atrocities committed at Srebrenica constituted a genocide, stating: The ICJ concludes that the acts committed at Srebrenica falling within Article II (a) and (b) of the Convention were committed with the specific intent to destroy in part the group of the Muslims of Bosnia and Herzegovina as such; and accordingly that these were acts of genocide, committed by members of the VRS in and around Srebrenica from about 13 July 1995.
Three years before the 1995 Srebrenica Genocide, Serbs torched Bosniak villages and killed at least 3,166 Bosniaks around Srebrenica. In 1993, the UN described the besieged situation in Srebrenica as a “slow-motion process of genocide.” In July 1995, Serbs forcibly expelled 25,000 Bosniaks, brutally raped many women and girls, and systematically killed 8,000+ men and boys (DNA confirmed).

The Letter for Naser Orić

The reaction of Paul Dewar, MP